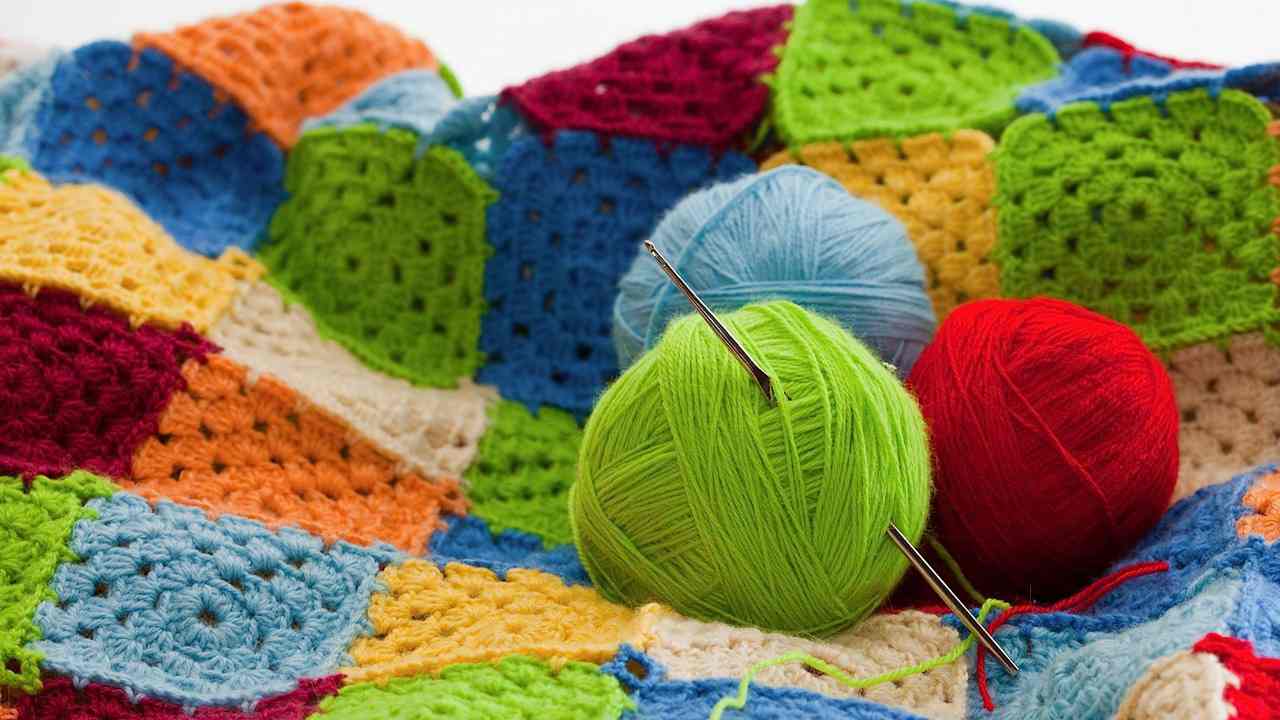 Hyperbolic space is so complex that no one could build a model of it – until now. Daina Taimina explains how her craftwork solved a hundred-year-old mathematical mystery.

Feminine handcrafts are not known for their contribution to scientific progress. Nuclear physics has been untouched by advances in knitting. The understanding of molecular biology does not require embroidery skills. Yet basic crochet is giving new insights into centuries-old maths problems.

When she picked up her crochet hook a decade ago, Taimina had a more ambitious goal than making a scarf or hat: her aim was to create a model of hyperbolic space, a strange world where parallel lines do not stay the same distance apart but curve away from each other. It is so conceptually challenging that for a century mathematicians were unable to visualise what this type of space might actually look like. In fact, there is no formula that accurately describes hyperbolic space, so computers cannot model it either.

Yet Taimina achieved results. Using craft skills learnt while growing up in Latvia, she invented “hyperbolic crochet” – a testament to her mathematical nous and single-mindedness. When we meet in the Greenwich flat she is staying in for the opening of the hyperbolic crochet coral reef exhibition at the Southbank Centre, she tells me that when she started to use crochet in maths, the reaction from some family members was dismissive. “They said, ‘You are not serious. You should do something more serious’,” she recalls. This was the provocation she needed. “It is serious. And I did what I set out to do.”

It turned out that Taimina’s models were not just abstract and mathematical. They looked surprisingly like many natural phenomena such as lettuce leaves, sea slugs, kelp and coral. This helped to create a movement that has spread from academia to the craft and environmental communities. The Southbank exhibition, inspired by her models, aims to highlight the destruction of coral reefs.

Taimina made her discoveries shortly after moving from Latvia to Cornell University in Ithaca, New York a decade ago, after being invited to be a visiting professor in mathematics. She still speaks with a distinctive Eastern European accent.

Hyperbolic crochet might have originated from complex mathematical ideas, but in reality it is very simple. Taimina started with a line of crochet, and for each subsequent line she increased the number of stitches. For example, adding an extra stitch in the second line for every five stitches in the first. And for every five stitches in the second line, adding an extra one in the third. The number of stitches increases at an exponential rate. As the lines are longer, but joined together, the material quickly starts to fold in interesting ways.

Once she got the hang of it, she realised that you can see just how parallel lines behave on the hyperbolic plane. On a blue model, she crocheted a white line. She then took a point that was not on the line and, through folding and tracing the contours with her finger, could find several new lines that went through the point, were parallel to the white line and also curved away from it. “I was excited that I could do this,” she says, since this was a physical representation of something that had until then been only conceptual. “Making something with my hands that cannot be made by computer was also a thrill.”

Even more excited was her husband, David Henderson, professor of mathematics at Cornell, who she met at a maths conference. “His dream was to see a hyperbolic pair of pants,” Taimina says, referring to the properties of an octagon in hyperbolic space. When you fold the sides of an octagon in the hyperbolic plane, the shape looks like a pair of trousers. And her crocheted octagon worked. She has an example and shows me exactly how it folds up to be like a woolly pair of toddler’s shorts.

Word quickly got round the Cornell maths faculty. One colleague, a world expert on the hyperbolic plane, was mesmerised by Taimina’s crochet models. He said that for the first time he could visualise a certain type of hyperbolic curve. “It was a happy exclamation. He had been writing about them all his career, but it was all in his imagination. The difference with the crochet is that you can touch it. You can experience it.”

Hyperbolic crochet has given new insights into old geometrical problems. One way to think about it is that the hyperbolic plane is where lines curve away from each other, in contrast to what happens on a sphere, where all lines curve towards each other. It is still not known if the geometry of the universe is spherical, flat, or even hyperbolic – although using data from satellites, scientists hope to have the answer within the next few years.

A hundred years ago, it was proved that there is no formula to describe the hyperbolic plane, so mathematicians all but gave up trying to create a physical model of one. In the 1970s, Bill Thurston, a US mathematician who went on to win the Fields Medal, the most highly regarded prize in maths, made an attempt using strips of paper and Sellotape. Yet while this demonstrated some of the properties of the hyperbolic plane, it was finicky to make, and flimsy. “We have one. It sits on our piano,” says Taimina. “You are not going to fold and investigate it. I hate glueing paper. It drives me crazy. So that is when I came up with the idea to make crochet.”

In fact, her first attempt was with knitting. But this didn’t work. “If you lose a stitch, everything unravels. With crochet you can do one stitch at a time.”

David Henderson says the crochet has made deep contributions to the field: “For the first time it allows mathematicians and students to actually experience the hyperbolic plane. The genius of it is connecting craft with mathematics.”

In the last ten years Taimina has made more than a hundred examples of hyperbolic crochet. She has also invented hyperbolic sewing – she stitched hyperbolic sections of cloth together to make a dress that flares at the bottom like the edges of a leaf of kale. Her most ambitious crochet model weighs 4.5kg (10lb) and uses 5.5km (3.5 miles) of yarn. “It is probably the largest hyperbolic crochet ever,” she says. “[Making] it was a long and painful time – it is very heavy, and so it took a lot of energy to turn it.”

The connection between hyperbolic crochet and the natural world is a result of the large surface area the models produce. Hyperbolic geometry maximises area with a minimal volume. Taimina’s giant coral has a surface area of about 3.2 square metres (35 sq ft). “This is about twice as much as me,” she says. When an organism needs a large surface area, for example a filter-feeding organism like coral, it grows in a hyperbolic way.

The link between the Cornell maths faculty and the Southbank Centre is the Institute for Figuring (IFF), a US-based organisation that aims to promote the aesthetic dimensions of science. It was founded by Margaret and Christine Wertheim, Australian twins who grew up near the Great Barrier Reef, and had the idea of making a global exhibition of hyperbolic crochet coral to promote ecology.

Hyperbolic crochet is also helping more women to explore maths. It is part of a new field called “mathematics and the fibre arts” which includes knitting, quilting and weaving as well as crochet. So, thinking of some new quilt ideas could not only create beautiful designs, but it can also improve mathematics skills too!

Taimina, who is 53, is now writing a book about the connections between geometry and crochet. Her success has made her reflect on the value of maths in society. “I chose to study maths because I thought it was the least political subject,” she says. “I would never have imagined that something that was purely mathematical would touch on so many other issues.”