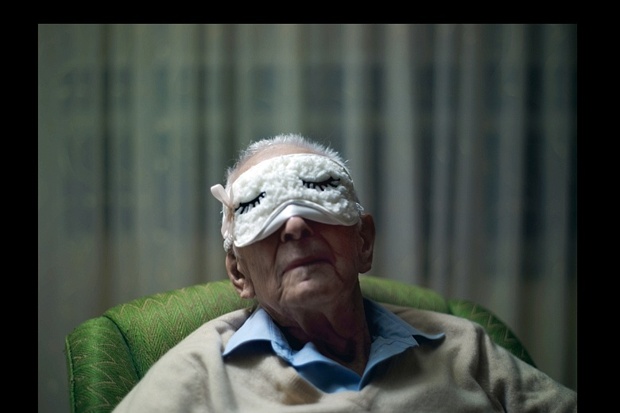 Hamburg is a city striding towards an ever-prosperous future. The talk now is of putting together a bid for the 2024 Olympics, and even the controversy over the much-delayed, over-budget Elbe Philharmonic Hall in the harbour has done little to dent the city’s self-confidence.

The photography world, by contrast, is in a more uncertain condition. When just about everyone, thanks to smartphones, can become a photographer, what is the role of photography?

Still, this year’s Triennial of Photography — the first overseen by the new artistic director, Poland’s Krzysztof Candrowicz — makes a point of emphasising the future rather than the past. And a glimpse of things to come is found at a captivating show from the Finnish Museum of Photography, given the social media-savvy title, #snapshot. Walking into the slightly gloomy industrial space at the city’s Oberhafenquartier, you are confronted with a mountain of photographic prints that neatly symbolise our obsession with transmitting images across the internet.

Erik Kessels’ 24HRS in Photos draws on a simple idea. Using special software, the Dutch art director downloaded and printed every image shared on Flickr around the world in the course of a single day. Some 350,000 shots have been gathered. A collage of faces, pets and mundane images reminds us how cavalier we are about flooding the world with our memories. Other parts of the exhibition — co-curated by Risto Sarvas, a data analyst rather than a card-carrying member of the art world — remind us how our habit of sharing Instagram shots and the like compromises our privacy.

Near by, in the same room, Catherine Balet’s extraordinarily atmospheric series, Strangers in the Light, presents a tableaux of atomised individuals immersed in their smartphone and tablet screens around the dinner table or at family gatherings. Balet’s vision is troubling yet it is redeemed by her wonderfully sensitive use of light: the shafts of silver light from the gadgets are as full of potency as sunlight filtered through stained glass in a Renaissance painting.

The communal theme continued at the Museum für Kunst und Gewerbe, where the emphasis was on photographs as shared memories. Lust reared its head in a section on sex cams in which bored-looking couples whiled away the time in between bouts of exhibitionism. Meanwhile, there was a slightly humdrum flavour to the Kunsthalle’s exhibition of images inspired by the question of migration: too many of the photographers, you sensed, were trapped in the role of well-meaning outsiders.

A hallucinatory atmosphere prevails at the magnificent Phillip Toledano show at the Deichtorhallen. In Maybe the British-born, US-based artist peers into his own future, posing in a series of intricately choreographed shots in which he plays out variations on his twilight years. The images provide a parallel to his earlier collection, Days with My Father, which documents the time he spent with a parent stricken with dementia. The shots are painfully raw at times. But Toledano is never a voyeur. Like the everyday smartphone user, he is sharing his life with the world, but these images, etched with infinite care and precision, are the work of a master painter.