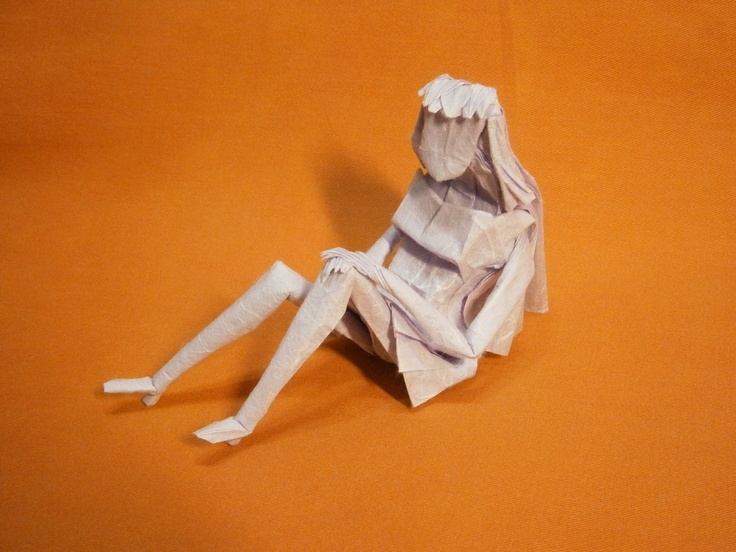 Prehistory: Britain’s one-night stand with origami started in the Sixties, when magician Robert Harbin (working at the time with a young Rolf Harris) wrote the first popular book on the subject, and persuaded ITV to make a TV series on the subject for children. For seconds, the whole country was folding little birds.

History: In the late Eighties, origami was dead in the popular imagination, but boffins started to apply raw computer power to the field and wrote programs to work out solutions to folding problems such as “How do you make a spider with thin legs?” Overnight, origami designs became fiendishly complicated.

King Geek: One of the most successful programmers/folders is Robert Lang , a former Nasa scientist who is now a full-time professional folder. He literally wrote the book on designing new shapes, and sells tiny paper creations for $800 each. He’s also an origami consultant to industry, working out new ways to fold car airbags and space telescopes.

The new breed: Origami is now a hip hobby for maths geeks, who trade folding patterns on the internet. The Japanese master is Satoshi Kamiya, who folds phenomenally complicated dragons. Watch videos of his work here. MIT alumnus Brian Chan once folded a giant squid attacking a sailing ship. From one piece of paper.

The future: Robert Lang was recently profiled in The New Yorker. Expect a film with Harrison Ford as a tortured origami genius redeemed when his folding solar mirrors save the world from global warming.