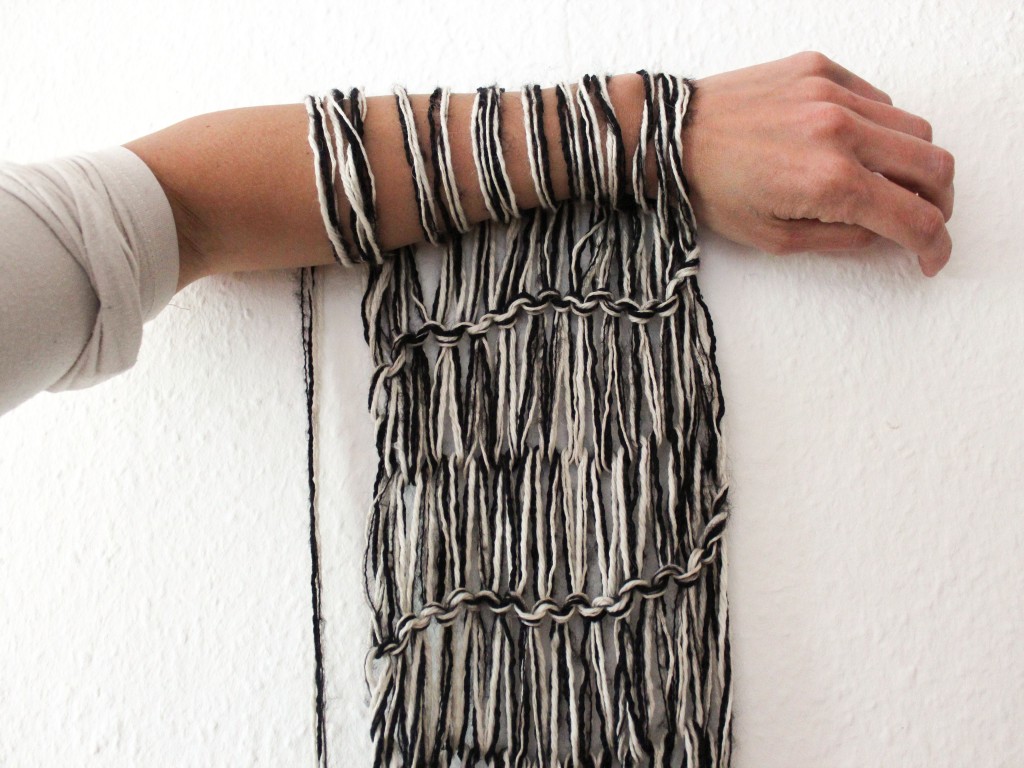 You might think there are no fashions in knitting, that it is just knitting. You are wrong. In America, it has become fashionable to knit with your arms. Now, inexorably, arm-knitting is taking off here.

“I was at university, I didn’t have any of my needles with me, and I saw someone online making an arm-knitted scarf,” said Lola Johnson, 22, a computer scientist in London whose mother taught her how to knit. “I thought arm-knitting looked interesting, so I just started making things: shawls, scarves, conversation pieces. You could knit whatever you want, although it will be very holey!”

Ms Johnson goes at least once a week to a shop in South London, I Knit London, to knit, socialise and eat cake with fellow knitters, including Sandra Rhule, who is unimpressed with the latest fad. “Some knitters will knit with anything,” she said. “The only advantage of doing it this way is that it’s quick — there’s a video online where someone made a cowl in half an hour. But apart from that, I can’t see the point. It’s a bit like finger knitting, which we use to teach children how to knit.”

“It’s something you can do just randomly.” Ms Johnson countered. “If, say, you have a ball and yarn but no needles. You can do it when you’re bored. And you don’t necessarily have to create anything with it, you can just do it because it’s quite nice to do. Obviously it can be a bit restrictive, because you’re tying your hands together, but if the phone rings or something you just slide it off your wrist onto the cardboard tube from a kitchen roll.”

Ms Johnson makes the process look easy, but I failed at the first fence when she told me to tie a slip knot: what is a slip knot? It got worse from there, with my fingers in the wrong place and my thumb not pinching the right strand of yarn.

She claimed that she could knit a scarf using this method in about an hour. I would find it significantly quicker to get in the car, drive to the shops in the rush hour and buy one.

For Aneeta Patel, the author of a book called Knitty Gritty, arm-knitting is a flash in the pan. “The Americans just want everything to be quicker and easier, that’s why they like it,” she said. “It’s a fad. It gives a very holey, loose knit, like a net. It will never replace hand-knitting.”