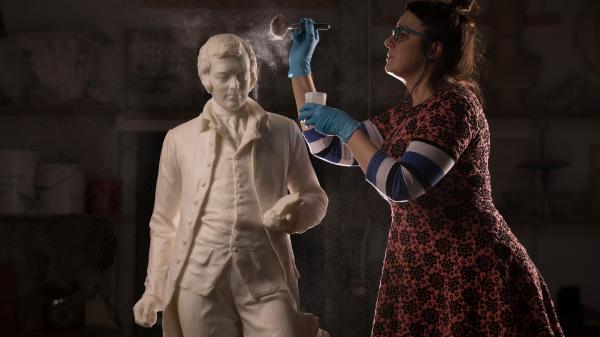 A second visual arts centre in Scotland is to cease hosting exhibitions. Glasgow Sculpture Studios (GSS) confirmed last night that it would not continue its public programme when the current show by Zofia Kulik, a Polish artist, finishes next month because of a “very difficult funding climate”.

The closure follows the decision last month to end the permanent contemporary art programme at Inverleith House in Edinburgh.

The GSS board said: “There will be a hold on the GSS gallery programme, meaning that there will be no exhibition programme beyond 2016. Although we cannot say how long this hold will last for, it is likely to continue for the next three years.”

A statement, headed “Realignment of resources at Glasgow Sculpture Studios”, also confirmed that operational hours would be cut in its workshop facilities. Kyla McDonald, GSS’s artistic director, and Louise Briggs, its programme curator, are to be made redundant. GSS will revert to a previous business model, with one director. Mhairi Sawyer will have that role.

Ms Sawyer, currently GSS’s business director, said GSS intended to renew its exhibition programme in the future, but “now we have to be prudent and survive within our core funding”.

GSS was founded in 1988 and moved to the Whisky Bond, north of Glasgow city centre, in 2012, a move that has proved costly. Ms Sawyer said: “We moved with the intention that GSS would generate more self-funded income. We have been doing that, but haven’t been able to do it fast enough.

“We were previously an organisation that paid very little rent. Moving into Whisky Bond has created that issue for us but it has also enabled us to have some of the best creative fabrication facilities in the UK.”

GSS received £500,000 in “regular funding” from Creative Scotland, the government arts agency, for the three years to 2018. This sum accounts for about 30 per cent of its income, with studio rents, membership fees and other earnings making up the rest, along with annual funding of £27,000 from Glasgow city council.

Ms Sawyer added: “The funding climate is very difficult at the moment.”

Creative Scotland said it was assisting GSS in a process of change.