Home > Crochet > Knitting > What is The Difference Between Knitting and Crochet 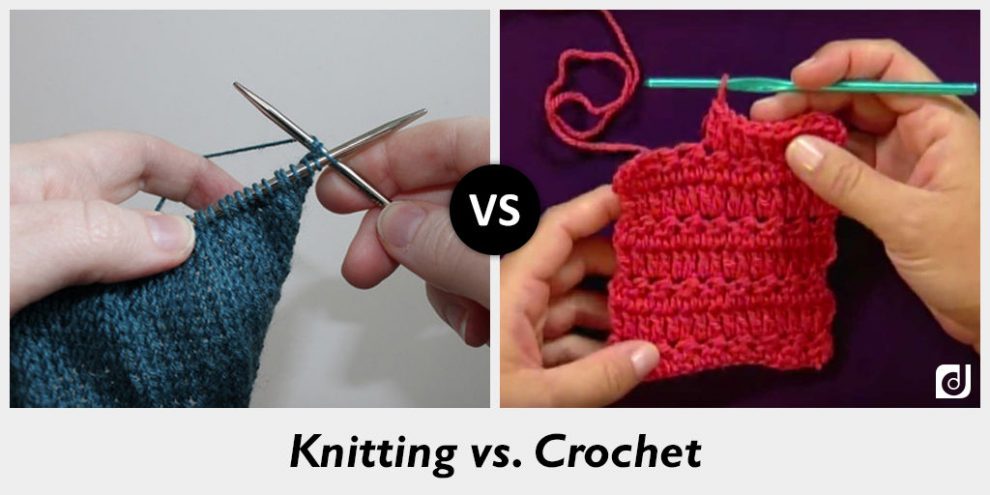 Though knitting is my passion, I do like to alternate between knitting and crocheting. Many people find the two almost identical, and struggle to understand what the differences are – if any. I am often asked by beginners to both crafts, which would be the better of the two to learn?

In all honesty, as the two are similar and easy to do, whilst both being enjoyable, I always suggest trying both to find the one which may suit you better. The major difference between the two is the technique. Let me explain more.

First and foremost, both require patience! However, that does also mean that the sense of calm and tranquillity both crafts offer is immense and thoroughly beneficial for the crafter.

Both use yarn for their projects and the usual projects can be made by both crafts including baby cardigans, bonnets, shawls, blankets, hats, gloves and socks, to name but a few.

Both knitting, and crochet require crafters to have a good hand-eye coordination skill set as it can become very repetitive, but vital, to count the number of continued stitches.

Both techniques involve a tremendous amount of determination to see the projects through to completion. This is because this hand method can be quite arduous and time consuming.

Perhaps the biggest and more obvious of differences between the two is the tools required for each craft. Knitting requires pointy knitting needles, which can be found in a selection of sizes as per required for each project. Crochet requires the use of a single hook – no needles.

Crochet doesn’t require the use of many active loops at one time, meaning it is less prone to unravelling. Knitting does require multiple loops to be kept on the needle though, meaning if you drop one stitch, the whole row many unravel.

Overall, as you can see, there really aren’t that many differences to note between the art of knitting and the art of crocheting. Those who make a preference for one over the other may tell you that their choice is the better or indeed easier to learn. However, I can honestly tell you, from my many years of experience with both, that neither is more difficult to learn, and they are both as interesting as the other to craft.

Knitting or crochet – the choice is entirely up to you!